← Back
Outside General Counsel

Michael J. Weiss represents businesses, entertainment professionals, and individuals in a wide variety of transactional and litigation matters. Having represented plaintiffs and defendants in more than one hundred disputes, Mr. Weiss has become an experienced litigator in a broad spectrum of practice areas including trademark and copyright infringement, invasion of privacy, labor and employment, breach of contract, wills and trusts, bankruptcy, securities fraud, and business torts.

Mr. Weiss’ practice also focuses on motion picture finance and production transactions. He has been counsel for more than twenty five feature motion pictures, including, the 2010 Paramount release Middle Men, an independently financed picture that he also produced. Mr. Weiss has experience in negotiating entertainment transactions in all media, including feature film, television, music, publishing, and multimedia projects. In addition, he is experienced in the representation of directors, writers and actors; television production and distribution deals; recording and songwriter agreements; and book publishing agreements.

Media and Publications
He has been published in the Los Angeles Lawyer Magazine’s 26th Annual Entertainment Issue. Mr. Weiss is on the board of several organizations including the Hollywood Runaway Production Fund, LLC, a Los Angeles based EB5 fund that will finance California based productions.

He has served as judge of Pepperdine moot court competitions. Mr. Weiss has also created and produced the television series “Scrappers” for SpikeTV, in addition to creating and producing a yet-to-be titled celebrity dating show for the Oprah Winfrey Network. 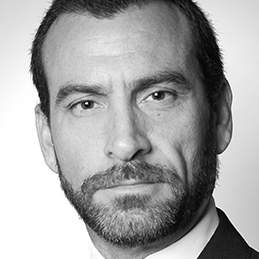