Every filmmaker has uttered these famous words:

We’ll just get it in the can and take it to Sundance.

Incidentally, there’s nothing wrong with wanting to go to Sundance. We go every year. And if that’s your ultimate goal, pursue it! Apply to the labs. Send in your films. We’re all for it. We just also want you to understand the severely limited odds and plethora of options.

6. A real business plan looks at the film itself as a business.

Sundance is just a festival. It’s one small piece of an entire financial and marketing strategy.

Your business plan should include:

Your business plan should NOT include:

5. Festivals are not on a level playing field.

A large portion of the films that make it on the festival circuit already have ties to those tests. Directors are alumni, producers know the programmers, their agents call to push. Many of the films don’t even have to enter because they get invited. So yes, you have a shot, but if there are 100 movies playing, you don’t have 100 chances. A good 75 or so are already spoken for.

People often refer to anything non-commercial as a “Sundance movie.” Well guess what? The programmers there have lives, and opinions, and taste. Try and get to know them – see what’s playing in different categories and think about where you might fit in. If you can think of that, and still believe you have a “Sundance movie,” you might make it into the festival. It’s still a very steep climb, but it’s possible.

But then what? Just because you’re in doesn’t mean you’re done. Many if not most of the films never get theatrical distribution, particularly the smaller ones that make the festival experience what it really is. How can you leverage the laurels into a deal, or a self-distribution plan? Think about it on the front end, and your odds of leaving Park City with at least a plan get much better.

Your film may have all the commercial potential in the world, but not be what that small team of programmers deems “cool.” Yes, some big films play, particularly in the “Premieres” section. But those are reserved for star driven fare from a well-funded distributor that needs a festival launch. If your small horror film has an amazing hook and great production values but feels like one that could be a hit, it might be too commercial for a festival. The good news is: in that case, you don’t even need them! You can go straight to distributors through a sales agent (hint hint).

2. Distributors are far too busy for your movie.

After you’ve already made your movie without a sales agent, pre-sales, or properly vetted package, there’s a chance the distributor isn’t going to watch it. Your only real bet to get it sold is to win awards. And here’s the down side: only one movie a year wins the Grand Jury Prize in Park City. You might be making that one (and I swear we’re not trying to depress you!). But ask yourself, did you slave away on this for years just to let a small group decide your success? If the answer is no, then you need an overall business plan, and an approach that doesn’t rely on one gatekeeper.

1. Your ultimate business is your career.

Every move you make should be about your career. This film and this festival are steps toward that goal, but they’re not the final destination. If you look at things that way, Sundance may be a very important part of the business plan for this film, but make sure you work it for your career. 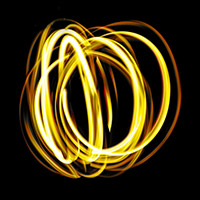